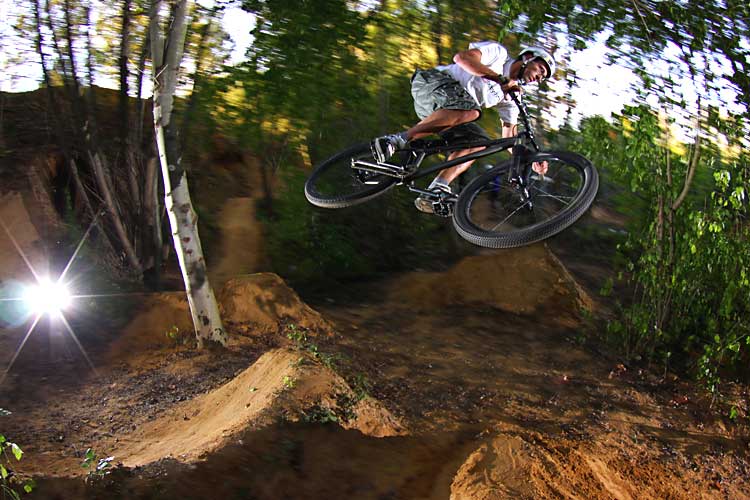 „The first jumps we build where some piled bricks with a wooden plate on the top. We used standard touring bikes with three speed hubs these days. All this happened, before bmx came over to Europe“.

LEAFCYCLES – EQUIPMENT FOR THE DIRTY HOURS OF YOUR LIFE 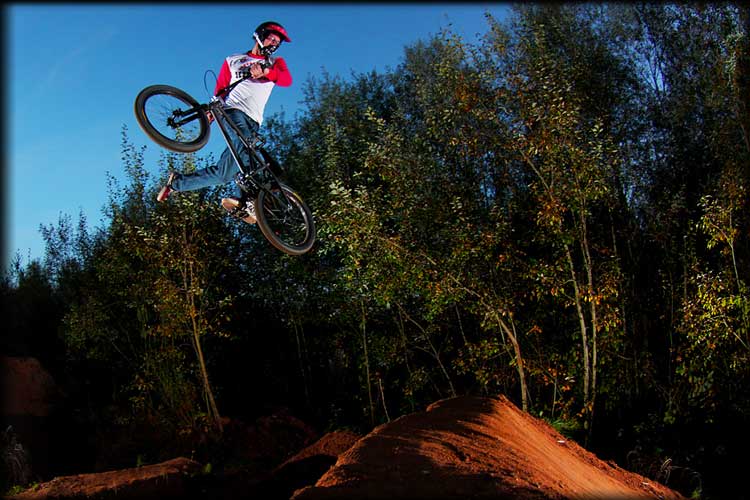 Already as a little kid Frank Heinrich got facinated about biking, pulling high speed wheelies, doing powerslides, getting some air over wooden ramps or doing some afternoon races together with friends at the local mx track. Back in the days, they used standard push bikes with three speed torpedo hubs and normal touring tires. There was no internet access or any bmx magazine, were you could stare on any heroes of the sports. So, there was no influence from any side at all. There where only you and a bunch of friends and that personal mission, which was pretty much beating anyone on the private races.

There was a rumor about an other offroad wonder. People where talking about strong offroadbikes with gears, you can ride steep uphill. As soon as Frank saw the first „ATB – all terrain bike“ today „called mountainbike“, for him it was clear. Time to invest again! 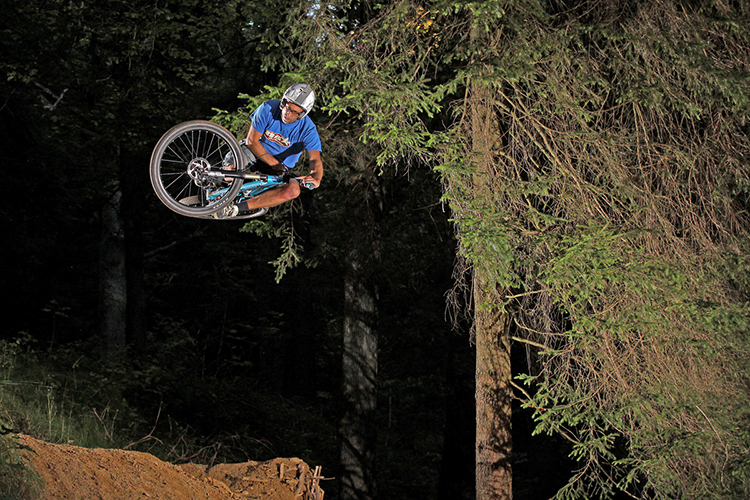 The bikes where designed for riding offroad tours in the forests or mountains, but Frank was abusing this bike like all the bikes before. Some of his friends bought those bikes as well and the mission was the same like the years before. Pulling high speed wheelies, jumping around, doing some freestyle and go for some private race sessions. To say the truth, the adventure tours through the local forest were much more fun on the ATB than on the BMX the years before.

During the following years, Frank swoped his vehicle quite often. Sometimes bmx was his main activity, other times he prefered the mountainbike. Even riding trial was a major activity for some seasons.

His passion for riding bmx, made him start a small bmx clothing company called „dirty steel“, back in 1994. Mainly made for the local riders, this brand got sold in some core shops around Germany. Photography was an other passion of Frank, so he decided to bring out a local bmx zine. The CroMo zine was completely homemade on a simple copy machine.

It must have been around 2005, when frank had his first contact to todays classic dirt bikes. 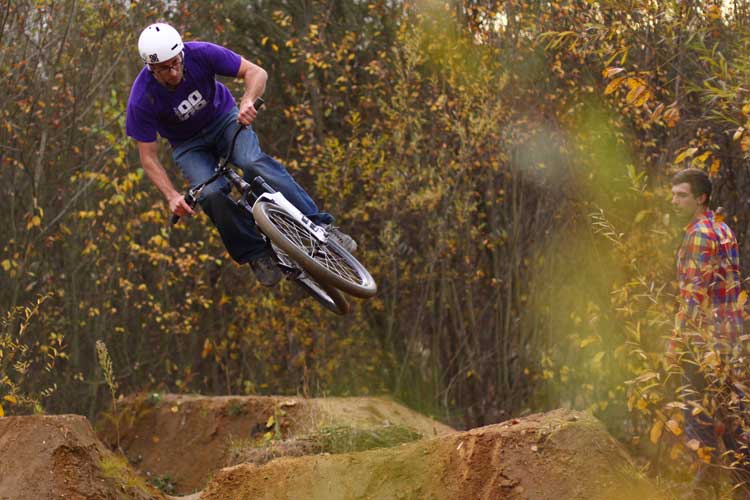 His bmx cruiser frame broke and he had some kind of a dirt frame left, he got for a photosession some time before. Frank decided to build up this vehicle to give it a try. From that day on, he just stayed on the dirt bike. His passion for biking offered him some doors in the bicycle industry. Beside working in bike stores, he although worked as freelance photographer for several international magazines and did the international marketing for the Scott Bike division. But after all the years of doing different things, there was always this little dream in his mind. Riding on his own frame. In the year 2007 this dream got true and the d.one hit the market. Leafcycles was born with the main intention. To create dirt goods from riders for riders. After all those years, Leafcycles is still a one man show and Frank does pretty much everything by his own. From product developing, designing new products on an old fashioned drawing board, answering e-mails, organizing imports and exports, updating the webpage, packing the orders and much more. At the end of the day, he still takes the bike and gets some air at his local spot!

„Thanks to all the riders out there, for your support. Enjoy your session“. – Frank